Thanks to the amazing efforts of the cast and crew- REP 5091 wrapped principal photography on Sunday 12th August! 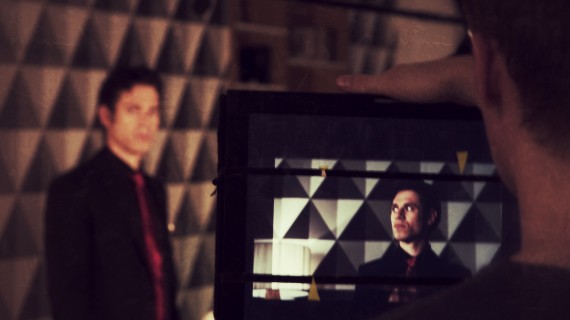 Dan as “Douglas” looks for direction as Rob bangs the monitor to make it work.

What do we mean by “principal photography”? Well thats the main bulk of the film- there are a few extra bits that still need to be filmed but the main set shoot is now complete. That of course means that every member of our film unit can have a well deserved lie in next weekend! 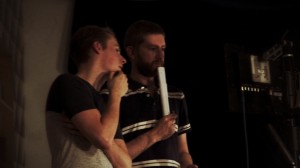 As the clock ticked down on the last two days of the shoot; the list of things that we were still to shoot seemed enormous. Following week one’s filming, Ant and Rob sat down and split the script into chunks that still needed covering. 24 pages and a whole pack of highlighters later a system had been devised to get all the shots we needed to actually make the film…and it worked! There’s a few pickups and exterior shots left to do but most of the film is “in the can”….or rather “on the memory card”. 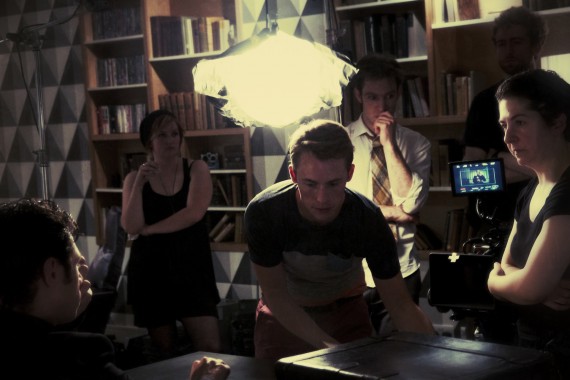 As we move to a B-Unit shoot now to pick-up the remaining shots of the film, we’d like to take the opportunity to thank all of you who got involved in the production. We literally couldn’t have done it without you. The professionalism and skill displayed on set shines through the final footage.  We’ll remember fondly the sugar highs brought on by the afternoon ice lollies, the blistering heat of our set, and the constant calls for “dabbage!”

Also a big thanks to our sponsors. Your contribution to the film has let us increase production values and create a stunning film. We’re still looking for contributors to join the team of financial backers via our pay pal donation button, if you can help, please do.