With just over a week to go we met on the set to design the environment and plan the first weekends shoot. 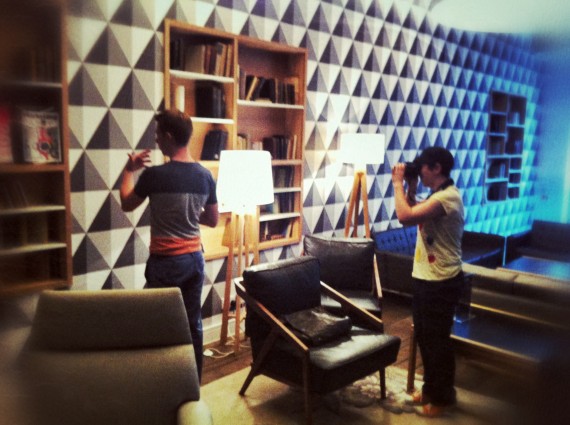 Before even securing a location to shoot we had a pretty comprehensive shot list written and ready to go. Last night we set about retro-fitting that shot list to work in our final set. We started off with some manual labour; nothing gets you ready for a long evening of work like lugging heavy sofas around to try and build Martin’s front living room. Once our backs were truly broken, Rob (Mr. Director), Emma (Ms. DOP) and Ant (Mr.Script) set about breaking the shot list apart to try and organise shoot days. Surprisingly we found that, unlike many films, we would be shooting the film in order- which is a nice relief because it means we don’t have to build half the set until week two. Result! 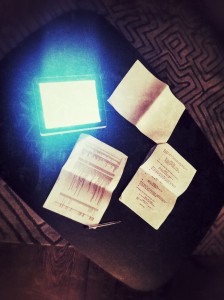 A Plan of ours right at the start (well, I say ‘start’, more like script version 4) we were intending to ‘shoot’ our storyboard in photos rather than traditionally drawing it. Well, we’ve finally done it, for week one anyway. With Rob and Ant standing in for Martin and Douglas (because this part of the process is far too tedious to bother the actors with…) Emma took pictures shot for shot against the script. So in a few days we’ll have a story board of week one’s shoot. Then we just have to match that in camera….easy, right?

We finished fairly late last night and celebrated by lugging all the sofas that we’d moved at the start of the night back in to their original positions. The night in itself was hugely helpful and a lot got achieved. The set design was all but complete (with the exception of the lighting rig), the storyboard got rolling and a few new gags were thrown in for good measure.

Please, if you haven’t thrown a pound in the pond of our film please have a look now- we’re on our final countdown of days and you can still get cool stuff for helping out- including coming along to our private screening in London! And you’ll probably get a beer out of us when you next see us!